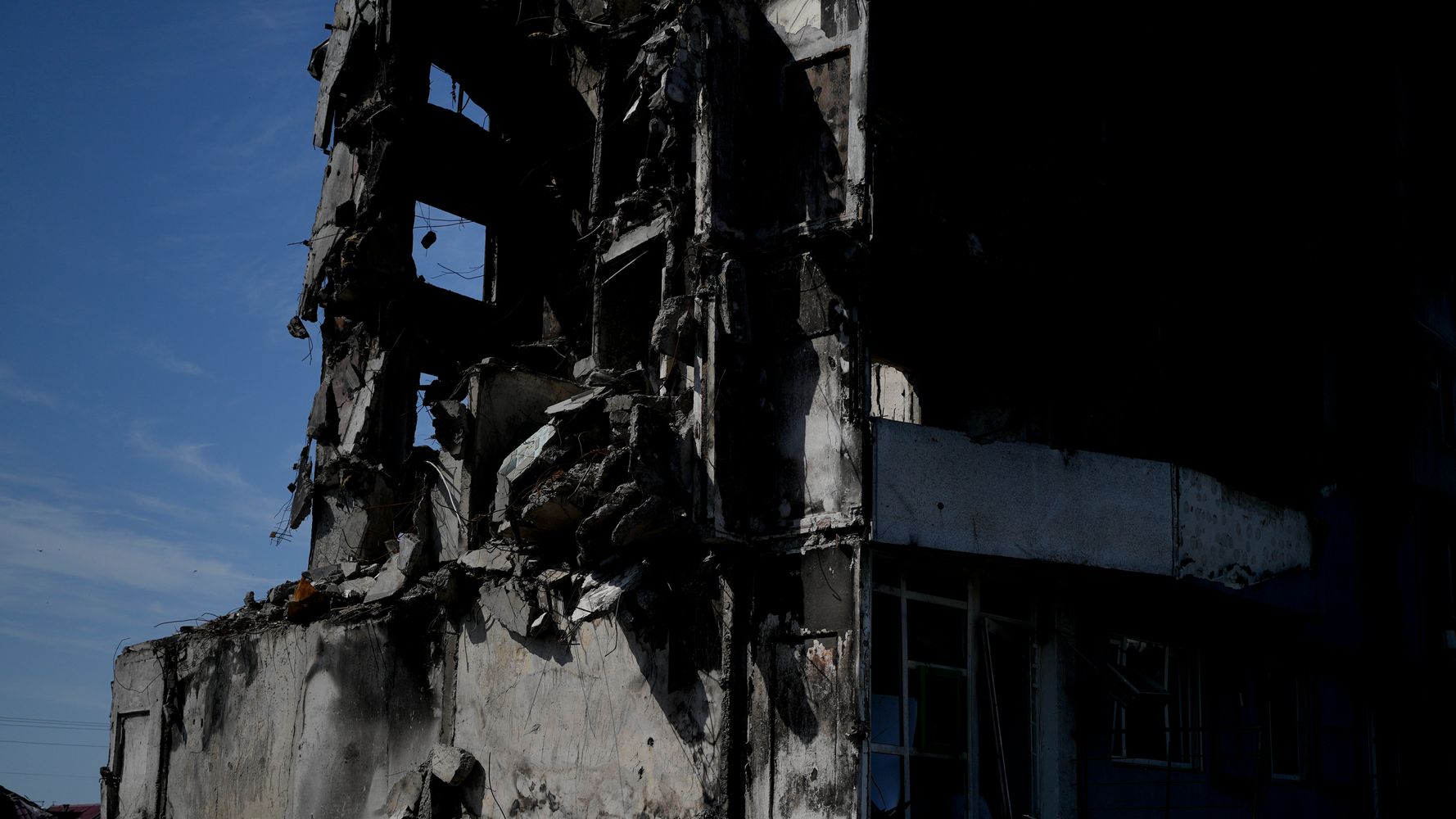 KYIV, Ukraine (AP) — A Ukrainian photojournalist and a soldier who was accompanying him when they were killed in the first weeks of Russia’s invasion appear to have been “coldly executed” as they were searching Russian-occupied woodlands for the photographer’s missing image-taking drone, Reporters Without Borders said Wednesday, citing its findings from an investigation into their deaths.

The press freedom group said it went back to the spot where the bodies of Maks Levin and serviceman Oleksiy Chernyshov were found April 1 in woods north of the capital, Kyiv. The group said it counted 14 bullet holes in the burned hulk of their car still at the scene.

The group said disused Russian positions, one of them still bobby-trapped, were found close by. Also found were the remains of food rations, cigarette packets and other litter seemingly left by Russian soldiers.

Some of Levin and Chernyshov’s belongings, including the soldier’s ID papers and parts of his bulletproof vest and the photographer’s helmet, were also recovered, it said.

A Ukrainian team with metal detectors also uncovered a bullet buried in the soil where Levin’s body had lain, it said. The group said that finding suggests “he was probably killed with one, perhaps two bullets fired at close range when he was already on the ground.”

A jerrycan for gasoline was also found close to where Chernyshov’s burned body had been recovered, it added.

Reporters Without Borders said its findings “show that the two men were doubtless coldly executed.”

Levin and Chernyshov were last heard from on March 13. A GPS tracker in their vehicle gave their last position, in woods north of Kyiv, the group said.

It said Levin had lost his drone in the area on March 10 and hadn’t been able to recover it because he’d come under Russian fire. Drones have become a common tool for photojournalists to get aerial photos and video.

Reporters Without Borders said Levin had on occasion shared information gleaned from his drone, including about Russian positions, with Ukrainian forces.

“But the use of his drone was first and foremost a journalistic endeavor, confirmed by his entourage and shown by the images sold to the media since the start of the Russian invasion,” it said.

The group speculated that Levin may have been hunting for his drone when he and Chernyshov were killed.

The group said it turned over evidence it collected and dozens of photos to Ukrainian investigators.

The group said it was unable to confirm whether the men’s bodies have been autopsied — a step it called essential for the investigation into their deaths.

It also appealed for Ukrainian defense and intelligence agencies to provide investigators with whatever information they have about Russian units that had occupied the area during Moscow’s failed assault on Kyiv in the initial stages of the four-month war.

Follow the AP’s coverage of the war at https://apnews.com/hub/russia-ukraine