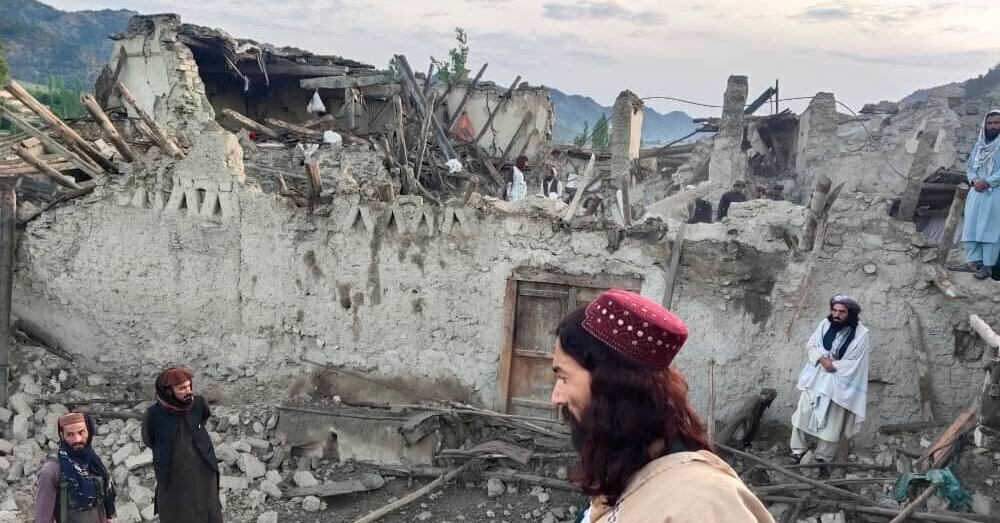 KABUL, Afghanistan — An earthquake that struck a remote and mountainous part of Afghanistan early Wednesday killed more than 1,000 people — a death toll that was expected to rise in a region where some residents live in homes of clay and straw.

The 5.9-magnitude quake struck about 28 miles southwest of the city of Khost, a provincial capital in the country’s southeast, the United States Geological Survey said. But the worst damage was in the neighboring Paktika province, which lies along the border with Pakistan.

The toll made the quake the country’s deadliest in more than two decades, a period that included years of American military efforts against the Taliban before the fall of Afghanistan’s Western-backed government last summer.

Bilal Karimi, a deputy Taliban spokesman, issued an urgent call for assistance. “We call on the departments of all aid agencies to send their teams to the area immediately to prevent a further catastrophe,” he wrote on Twitter.

Awal Khan Zadran, a doctor in Paktika’s Urgun district, said some of the injured had been taken to Kabul, the Afghan capital, by helicopter and others were transported to neighboring provinces.

“Nearly all government and private hospitals are full of victims,” he said.

Search-and-rescue efforts, led by the Afghan Ministry of Defense, were being hampered by wind and heavy rain that was preventing helicopters from landing safely, the United Nations’ emergency response agency said. Casualties were likely to rise, the agency added.

Telecommunications are poor or nonexistent in remote parts of the affected region, making it hard to get a full accounting of the damage. The rugged border country in Paktika was the scene of heavy fighting before and after the Taliban takeover. Paktika is a poor and sparsely populated province. With little land flat enough for farming, many people eke out a living in the forests, illegally cutting trees to sell as firewood.

Nearly 2,000 homes were destroyed, said Ramiz Alakbarov, a deputy special representative for Afghanistan for the U.N. Afghan families are typically large and multiple families sometimes live together, he said, and the earthquake will likely displace many people.

Mohammad Almas, the head of aid and appeals at Qamar, a charity in Afghanistan active in the area, said

that as many as 17 members of the same family were killed in one village when their home collapsed, he said; only one child survived. Mr. Almas, reached by phone in Pakistan, said that more than 25 villages were almost completely destroyed, including schools, mosques and homes. In Paktika, local residents said a landslide that followed the earthquake had completely wiped out at least one village.

Sarhadi Khosti, 26, who lives in the Sperah district of Khost Province, said he had been woken up by the earthquake after 1 a.m., and that a number of houses — especially those made of earth or wood — had been completely destroyed. He said that helicopters had transported some of the wounded to hospitals in Kabul and neighboring provinces.

“For now, we still are busy pulling the dead or injured from under the rubble,” he said.

António Guterres, the secretary general of the United Nations, said U.N. aid teams were on the ground assessing the needs and providing initial support to affected Afghans.

“We count on the international community to help support the hundreds of families hit by this latest disaster,” he said in a statement. “Now is the time for solidarity.”

Wednesday’s earthquake was felt in Kabul and across the northern part of neighboring Pakistan, according to a map that the European Mediterranean Seismological Center posted on its website. The U.S.G.S. said that a second quake, of 4.5 magnitude, struck about 30 miles southwest of Khost about an hour later.

In March of 2002, at least 1,500 people were killed when a series of earthquakes with a magnitude between 5 and 6 struck northern Afghanistan, destroying a district capital in the Hindu Kush. A 1998 quake measuring 6.9 killed up to 4,000 people in the northern Takhar Province.